How Realistic is the TV Show “Yellowstone”? 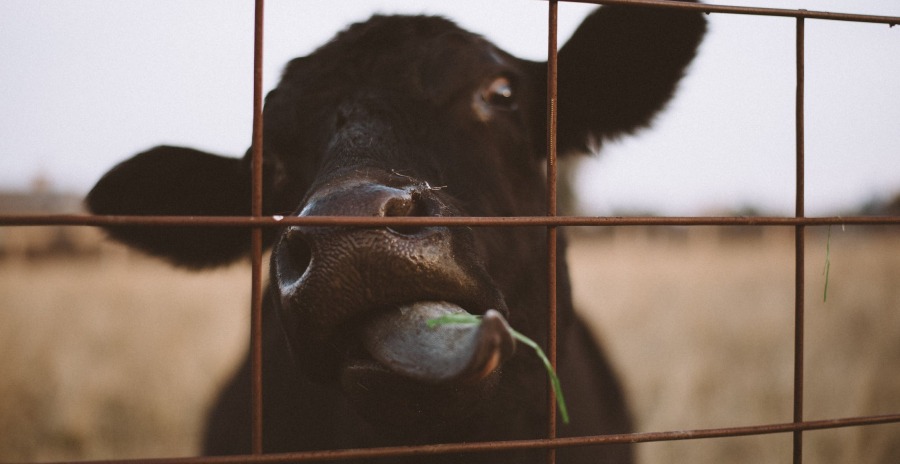 November 19, 2022by Sarah Day
When I’m talking to people from out of state one of the first questions I get lately is about the show “Yellowstone”.  This show - featuring Kevin Costner as a Montana rancher – has put Montana in the national spotlight.  The show came out in 2018 and has been credited with some of the immense growth we’ve seen in this state since. It’s not surprising considering the effects of the pandemic coupled with the show’s incredible cinematography showing off our landscapes and open spaces. But how much of the show accurately depicts Montana?
As a huge fan of the show myself, I have to tell you that the most (and really the only) realistic thing about it is the scenery. At least since season 4 when they started filming it exclusively in Montana (portions of seasons 1-3 were filmed in Utah). The scenes they show from around Montana do accurately show how beautiful our state is. We are fortunate to be surrounded by lots of open space that provides these scenic views, wildlife habitat and room for agriculture to continue.
The other somewhat realistic aspect of the show is the conflict felt between parties with differing interests in the land. The entire state of Montana and all its communities now sit on land that has been inhabited and stewarded by the Assiniboine, Blackfeet, Chippewa, Cree, Crow, Gros Ventre, Kootenai, Little Shell Chippewa, Northern Cheyenne, Pend d'Oreille, Salish and Sioux tribes. There are now seven reservations across the state. Farmers and ranchers do feel development pressure across the state and the communities like “Paradise Valley” also exist in some fashion.
Do these conflicts cause the type of drama and violence seen on the show? To my knowledge, no. The conflicts are real but how they play out in real life is very different. In the Bozeman area you see this most often in zoning and building regulation changes - such as neighbors coming together to speak out against a proposed development.
You do also hear about the challenges farmers and ranchers face in addition to development pressures including more traffic and impatient drivers making it harder for them to do some parts of their jobs. More and more you also hear about water concerns. Water supply and quality are likely going to be one of the biggest issues in the coming years. Do we have enough supply to sustain new developments and increased population? Are these developments harming our water quality?
What are some aspects of the show that are blatantly inaccurate? The list is too long for this post to be comprehensive, but here’s a few of my favorites :)
-          The weather and seasons! It perpetually seems to be summer or fall in the show, despite how much time has passed in the plot timeline. They conveniently skip over some of the toughest months of the year (winter and mud season). If you think about it from a production standpoint it makes sense – probably no one wants to film out in those conditions.


-          Distances and locations of towns in Montana. Montana is around 600 miles wide and has more than 94 million acres. In the show they seemingly drive quickly between Bozeman, Helena, Livingston, Billings and the reservation (unclear which one). In reality, the closest one of these is to the other is an hour in good weather.


-          The roles and responsibilities of Livestock agents. The Department of Livestock is a real department of the Montana government; however, agents of this department are focused on Animal Health & Food Safety and Brand Enforcement. Essentially helping to facilitate livestock commerce - protecting both ranchers and the consumer.


-          Ranchers with helicopters. Ranchers with large herds held over large areas do apparently use helicopters to monitor the animals. My understanding is that this happens more often in southern states like Texas. I have yet to meet a rancher in Montana that uses a helicopter. In the Gallatin Valley if you see a helicopter it’s likely either Life Flight or someone headed up to the exclusive Yellowstone Club for a weekend getaway.
-          Conservation Easement misinformation! Beth Dutton has recently put the Yellowstone Dutton Ranch and surrounding properties into conservation easements - seemingly overnight. There’s no doubt that these properties would have conservation value but she wouldn’t have realistically been able to get it done that fast. If a landowner decides to donate the entire value of the easement it can shorten the timeline, but in real life the process takes months. Also, in an earlier season Beth tells her boss that by putting the land they’re purchasing into Conservation Easements they’ll lower their property taxes. In Montana, Conservation Easements do NOT lower property tax values. If the land stays in agriculture the taxes will remain lower than if they were developed, but they won’t actually go down. I’m by no means an expert about this topic just a huge enthusiast. If you ever have questions or want to learn more about them, let me know and I’ll connect you with some experts at our local land trusts! (Added 12/22/22)
As I mentioned earlier, I am a huge fan of “Yellowstone”. Just because it’s not realistic of Montana life doesn’t mean that it’s not enjoyable! While some argue the show has had negative consequences on our state due to the exponential growth we’ve seen in our population, I think the show could also have some positive impacts.  Personally, I think there is a huge lack of understanding of what farming/ranching actually looks like and if this show helps people get interested to learn more then that’s a huge plus in my mind.
Want to let me know what you think of the show or tell me who your favorite character is? Reach out anytime!
Share this article

Back to Blog
Previous Post
December 22, 2022
Happy Holidays From Bozeman

More You May Enjoy

Spring In Montana - What You Need To Know
Read More
Lifestyle